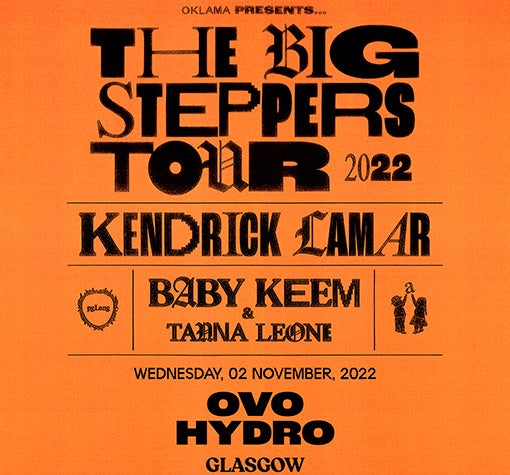 So You Think You Know Kendrick Lamar?

Multi-Platinum, award-winning artist Kendrick Lamar will take to the stage at the OVO Hydro on the 2nd of November for ‘The Big Steppers Tour’ in support of his latest album Mr. Morale & The Big Steppers.

To celebrate the opening night of Kendrick Lamar’s UK shows here in Glasgow next month, we’re challenging you to the ultimate superfan quiz! It’s time to test your knowledge and find out how much you really know about the successful American rapper.

See how well you did and check the answers HERE