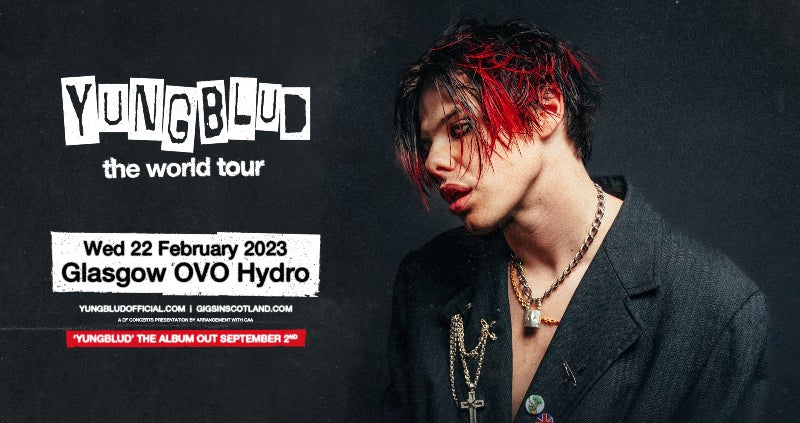 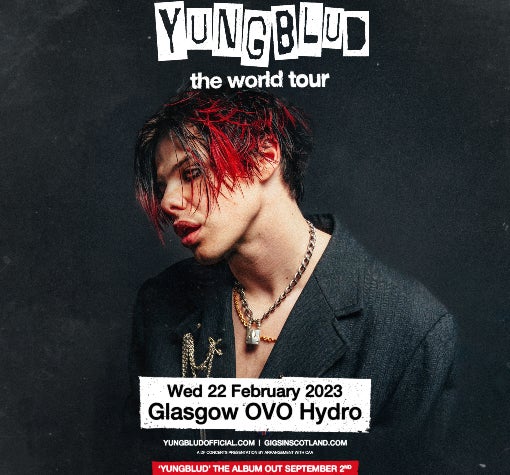 The announcement comes ahead of the release of YUNGBLUD’s highly anticipated self-titled third studio album [Locomotion/Polydor Records], which will be released on September 2nd. The album features previously released fan favourites ‘The Funeral,’ ‘Don’t Feel Like Feeling Sad Today,’ and ‘Memories’ Ft. Willow. The recently announced YUNGBLUD DELUXE BUNDLES will feature his latest ferocious single ‘The Emperor’, which was selected as the official 2022 anthem for ESPN’s College Football Season.

Throughout this tour, YUNGBLUD will be teaming up with Show Support, to offer specialist mental health support for fans attending the concerts. The aim is to provide a safe space for fans at shows, with access to qualified mental health professionals to help with any experiences related to panic attacks, anxiety, or other mental health related concerns. Fans will be able to access this support before, during and after the shows. During the shows, a safe space, fully equipped with qualified councillors, alongside a helpdesk to answer any questions will be available. This support will expand beyond the arenas, with a dedicated email helpline being established to answer any queries related to mental health from YUNGBLUD fans before, during and after the show.

Throughout his February 2023 arena tour, Yungblud is teaming up with Show Support to offer specialist mental health support to fans attending the concerts. The aim is to provide a safe space for his fans at the shows, with access to qualified mental health professionals to help with any experiences related to panic attacks, anxiety, or other mental health related concerns.

How will this work?

Fans will be able to access specialist mental health support from a team at each venue before, during and after the show. A safe space will be provided which is fully equipped with qualified councillors to support those experiencing emotional distress. A helpdesk will be located on the concourse to answer any questions or concerns on this night and signpost to the safe space. An email helpline will also be available to answer any queries before and after the show.