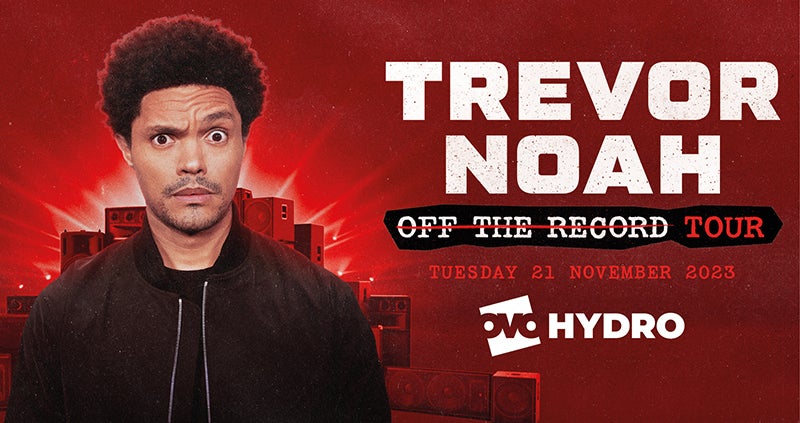 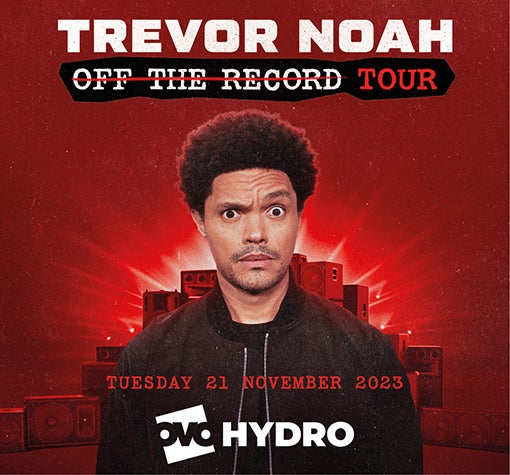 Off The Record Tour

A message from the organiser:

Due to the ongoing pandemic and the subsequent restrictions on performances and travel, please note that the Trevor Noah's show due to take place at the OVO Hydro on Wednesday, 9 September 2020 has been rescheduled.

The show due to take place on Wednesday, 9 September 2020 has been rescheduled to Tuesday, 21 November 2023. Your tickets will be honoured for the rescheduled dates.

Trevor Noah is the most successful comedian in Africa and is the host of the Emmy® Award-winning “The Daily Show” on Comedy Central. Under Trevor, “The Daily Show with Trevor Noah” has broken free from the restraints of a 30-minute linear show, producing engaging social content, award-winning digital series, podcasts and more for its global audience. In 2020, “The Daily Show with Trevor Noah” received six Emmy Award nominations, including Outstanding Variety Talk Series and Outstanding Writing for A Variety Series.

Trevor has written, produced, and starred in 11 comedy specials, including his most recent, “Trevor Noah: Son of Patricia,” which launched in November 2018 on Netflix. The special touches upon racism, immigration, camping and more. “Trevor Noah: Son Of Patricia” received a NAACP Image Award for Outstanding Variety Show, as well as a Grammy Award nomination for Best Comedy Album.