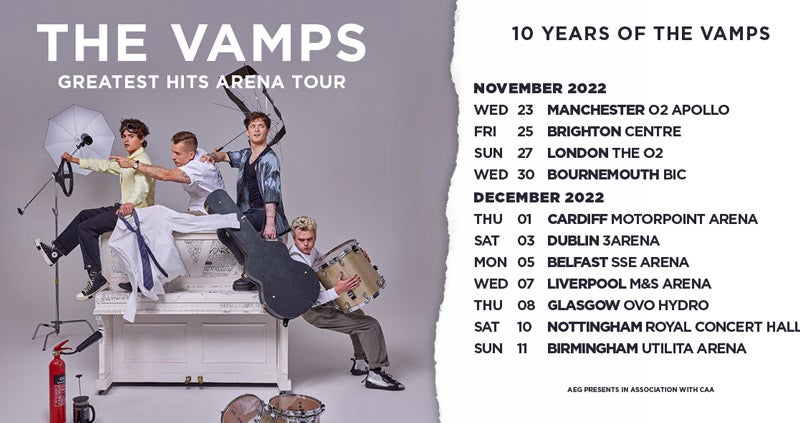 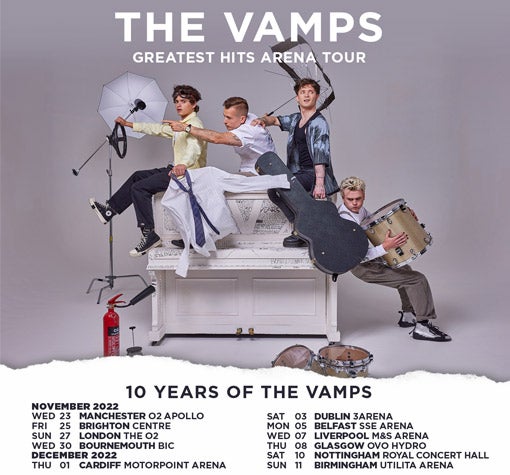 A special anniversary fanzine compiled by the fans and band to be released 14 October.

It’s time to celebrate! The Vamps…

“It’s crazy to think what started in our bedrooms and Tristan’s parent’s garage led to us headlining arena’s all around the world. The past 10 years have been an incredible journey but what makes it even more special is that it has felt like a shared one between us and our fans. The Vamps have taken us across all five continents and given us the privilege of playing in front of millions of people. These five albums are chapters in our lives and moments we are hugely proud of. This last year has been one of reflection for us and as four best friends who’ve had the chance to live out our dreams we now can’t wait to celebrate these memories with you all.”

Kicking off in Manchester at the O2 Apollo on 23 November, the 10 Years Of The Vamps - The Greatest Hits Tour will see the band perform all the hits from across the decade that has made them become one of the most loved and celebrated pop bands in the UK.