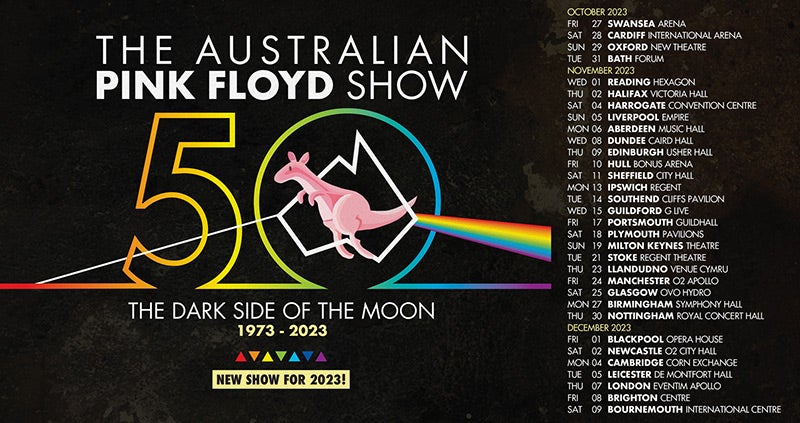 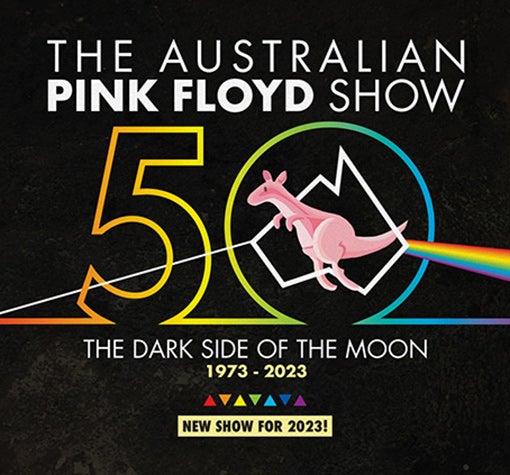 The critically lauded The Australian Pink Floyd Show have announced The Dark Side Of The Moon tour for 2023 to celebrate the 50th Anniversary of Pink Floyd’s timeless classic album.

The Dark Side Of The Moon 50th Anniversary Tour will bring to the stage an album that means so much to Pink Floyd fans all over the world.  Originally released in 1973, The Dark Side of The Moon is one of the best-selling and most critically acclaimed albums of all time.

With over 30 years of history as the world’s biggest, best and greatest Pink Floyd tribute show, TAPFS  will be performing the album in its entirety. They will also once again bring state of the art lighting & video, pinpoint lasers, gargantuan inflatables and flawless live sound to deliver a memorable live experience that was the benchmark of Pink Floyd shows.

TAPFS’s dedication to the heritage of Barrett, Waters, Gilmour, Wright & Mason has seen them selling over four million tickets across 35 countries. TAPFS is the leading show of its kind in the world and is rightfully hailed as one of the most in demand touring entities currently operating. Performing the music of Pink Floyd with note for note perfection, this critically acclaimed show has been astonishing audiences worldwide for more than three decades.

TAPFS have constantly striven to seek out new audiences and turn in jaw-dropping performances to reconnect people with the music that they love.  Next year will bring more innovation, hard work, and great crowds, demonstrating that it is still all about the great music of Pink Floyd and delivering the absolute best performance each and every night.