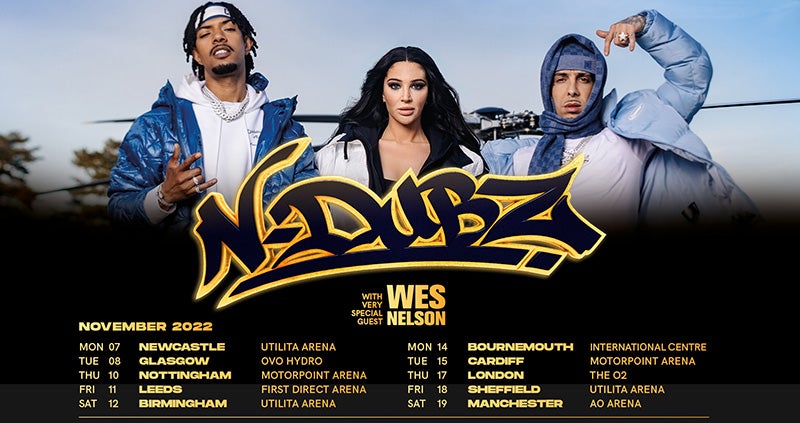 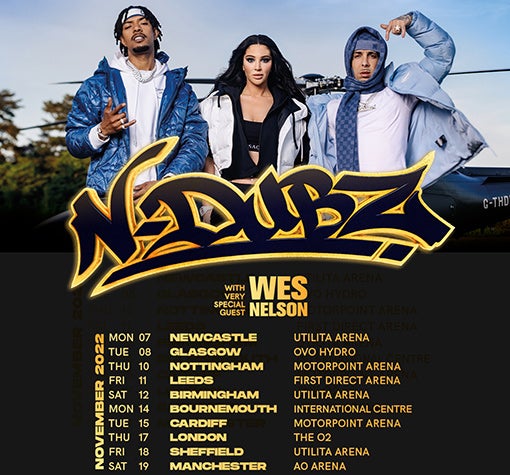 TULISA, DAPPY AND FAZER REFORM WITH NEW MUSIC RELEASED THIS THURSDAY MAY 19TH

One of the UK's most talked about bands ever N-Dubz are back!

Tulisa, Dappy and Fazer have reformed and will be releasing a brand new single 'Charmer' this Thursday May 19th.

'Charmer' is instantly recognisable as an N-Dubz song featuring their trademark storytelling via the slick raps of Dappy and Fazer, alongside the sassy vocals of Tulisa.

The track was written by the band and produced by Rymez, who is most known for his work with the likes of Stefflon Don, D Block Europe and Adekunle Gold.

The single will be premiered on BBC 1 Xtra this Thursday evening and will be released immediately after the first play.

Today the band also announce a special 10 date arena tour of the UK in November 2022.

Their arena tour takes in many of the UK’s biggest cities and will give fans a chance to hear all their favourites N-Dubz songs live for the first time in 11 years.

N-Dubz are a UK cultural phenomenon. For 6 years from 2006 to 2012, the band dominated the UK charts and the UK media alike.

Their first two albums 'Uncle B' and 'Against All Odds' were certified platinum in the UK. In 2009 they hit No.1 on the UK Singles Chart with 'Number One', a collaboration with Tinchy Stryder.