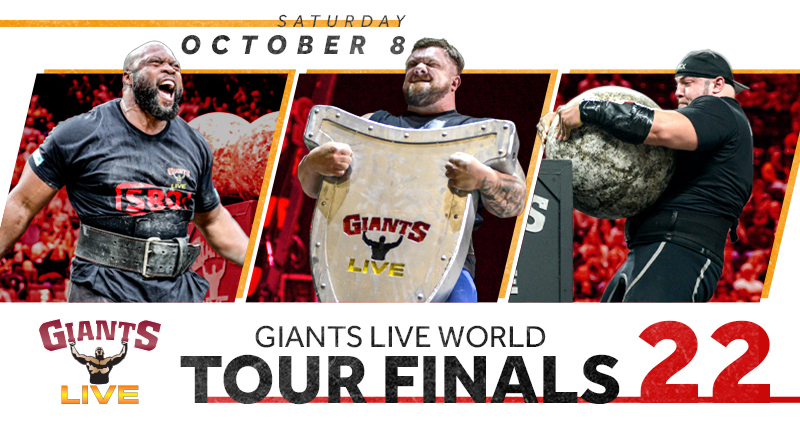 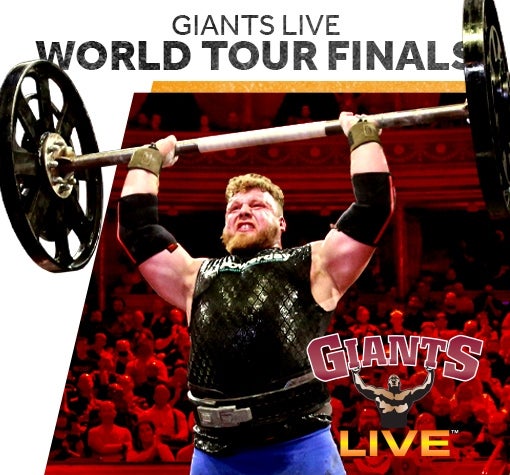 On the back of a hugely successful 2021, the Giants Live World’s Strongest Man Arena Tour is launching into 2022, bigger, better – and stronger than ever!

The 2022 Tour is bringing big stage arena strongman to new cities, with new show formats and what promises to be another massive year in the juggernaut that is the sport of strongman!

The excitement kicks off on 26th February 2022 with Britain’s Strongest Man and will stop at 7 of the UK’s biggest arenas, starting with the Utilita Arena in Sheffield, then visiting Leeds, London, Cardiff, the Arnold Sports Festival UK in Birmingham, Glasgow, and finishing with the team event finale in Liverpool.

Darren Sadler, Giants Live Director, said:
“After the lockdowns in 2020, everyone was just happy to come back, so to be able to put on a full 6-show tour in 2021 and see strongman fans really getting behind the athletes again - it was something special. In 2022, we’re adding two new arenas that we’ve never been to before (Cardiff and Liverpool). As well as that, we’re also launching a really exciting new team event called World’s Strongest Nation where we’ll have the World’s Strongest Women getting involved as well. Our goal at Giants Live is always to keep growing the sport and making things bigger and better - and that’s exactly what we’ll be doing in 2022.”

The world’s biggest and best strongman athletes will be joining the tour, including the likes of World’s Strongest Brothers Luke Stoltman and Tom Stoltman, 55-year old strongman legend Mark Felix, USA’s Evan Singleton, Iron Biby, and a host of international strongman superstars - all competing for their place at the World’s Strongest Man finals.