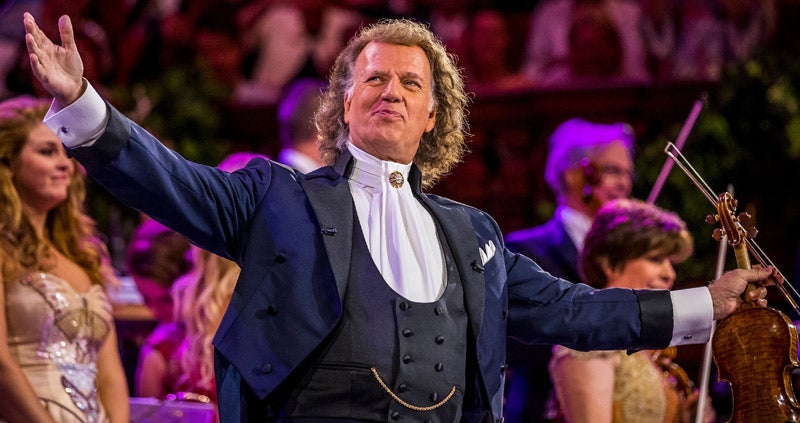 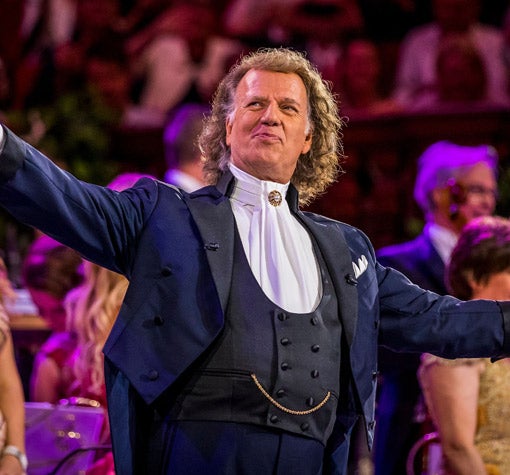 Violin Superstar André Rieu returns to the UK & Ireland in 2023

Violin superstar André Rieu, who made classical music accessible to millions around the world and turned the waltz into an international sensation, has announced new UK/Ireland Arena Dates as part of his World Tour 2023.

It starts in London (OVO Arena Wembley) on 14th April and ends in Glasgow (OVO Hydro) on 27th May 2023. Performances are scheduled for Birmingham, Belfast, Dublin, Nottingham, Leeds, Liverpool, Sheffield, Aberdeen and Glasgow.

André Rieu’s romantic and joyful programs include a mixture of light classics, waltzes, music from film and opera as well as pop songs, performed by his Johann Strauss Orchestra, the biggest private orchestra in the world. Rieu has had soccer crowds swaying to Shostakovich during several Champions League Games and his world tours reach over half a million people each year.

“Emotions are the key.”, says André Rieu. “Everybody is welcome in my concerts. We open our hearts for the audience and the audience opens their hearts for us. Every night my orchestra and I see people dancing and singing in the aisles, enthusiastic and carefree. Together we spend evenings that we do not forget. When people write me that they need two weeks to come down after my concerts, it makes me the happiest man in the world!”

André’s YouTube videos have reached far over one billion views; almost 9 million fans follow him on Facebook. Among his 40 million sold albums, his 2022 release “Happy Together” has reached top 10 positions in many countries again, including Nr. 6 in the UK Pop charts. André Rieu’s tours are regularly outselling the world’s top pop and rock stars. His concerts are also a visual treat, from the sight of him and his musicians entering through the crowd and up on to the stage at the beginning of the concert, to the lavish costumes and the vast screen behind the orchestra displaying beautiful imagery tailor-made for each song, guaranteeing a magical evening for the whole family.

In April and May 2022 the Dutch violinist and his 60-piece Johann Strauss Orchestra performed their biggest UK/Ireland Tour ever, playing for 150.000 people and are now very much looking forward to returning to the UK/Ireland in 2023.

André Rieu is not just for an evening – he is for life!