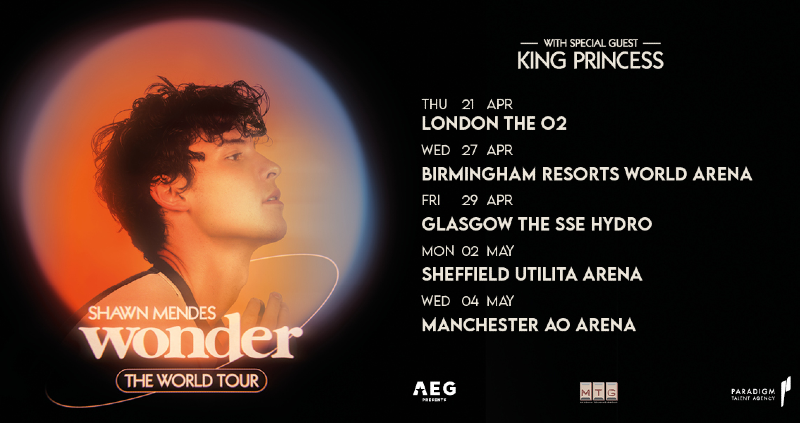 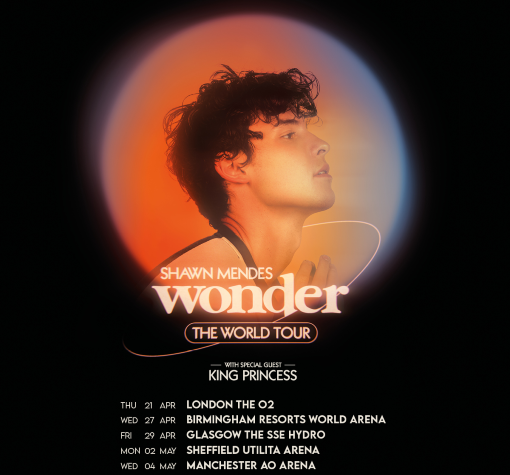 GRAMMY-nominated, multi-platinum singer/songwriter Shawn Mendes announces his 2022 “Wonder: The World Tour”, which will include 64 arena dates spanning across North America, the UK, and Europe. The UK leg of the tour will include a date at The OVO Hydro in April 2022.

The tour follows Shawn’s most recent album Wonder - which debuted at #1 on the Billboard Top 200, making Mendes one of three male artists ever to score four #1 albums by 22 years old – as well as his new hit single, “Summer of Love” with Tainy.

On the tour, Shawn will be joined by King Princess in the UK and Europe.